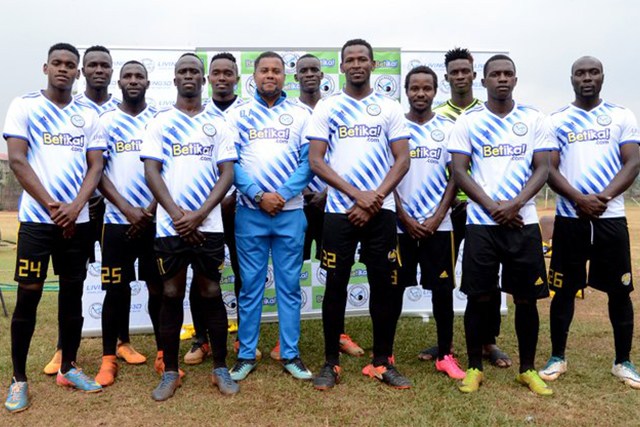 Sofapaka on Thursday afternoon unveiled 11 new players that will join the squad for the 2019/20 season at the Eastleigh High School Training Ground. The players were formally introduced by president Elly Kalekwa while new partners Living 3D were also introduced.

“We want to welcome the new players into the team and hopefully they will be of great addition to our strong squad. We are a family above all and I believe the players and the new coach as well will feel comfortable here,”

“We have ambitions and we will work towards that ambition with the group of players we have,” Kalekwa said as he unveiled them to the press.

The newest addition to the squad was keeper Djehani Yao who has been signed from Togolese champions ASCK FC. Yao arrived in the country on Thursday morning.

The rest of the 10 players have been around and had already trained with the rest of the squad. Yao will join a foreign legion that has four Ugandans; Mohammed Kasirye from Paidha Black Angels, Allan Katwe from Nkumba University, striker Peter Lwasa from URA FC and defender Musa Malunda from Bul FC.