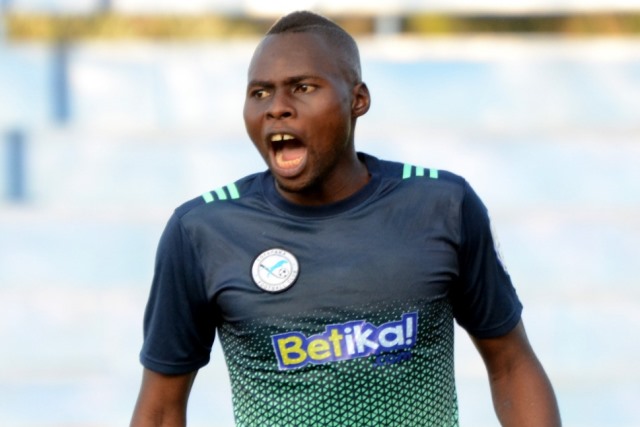 Sofapaka keeper Justin Ndikumana has urged his teammates on to work hard over the last four games of the season to see the team finish second in the Kenyan Premier League standings. Sofapaka’s 2-0 loss to Gor Mahia last weekend to diminish their hopes of vying for the title.

Ndikumana now says the team must dust itself from that disappointment and give their all in the remaining fixtures;

“We were disappointed with that loss but that is in the past now. We have to focus on the task that is ahead of us. We can’t mourn over what has happened behind us but instead focus on ensuring the team finishes as high as possible,” Ndikumana stated.

“For us now, that focus is on second spot. It is something that we can achieve and for the pride of the team will have to work to actualize that plan,” added the keeper.

The Burundian international was recently named in his national team’s squad for next month’s African Cup of Nations and he has expressed his delight.

“I think it is something that I have worked on so hard and since I came to Kenya, I promised myself that I will put in all the work for my team so that I can be seen in the national team. The results are visible and I am very excited. It is every player’s dream to play at a stage such as the AFCON and in the remaining games I will work hard to prove that I can start,” the keeper opined.

Ndikumana joined Sofapaka at the beginning of the season from Congolese side St. Ellois Lupopo.