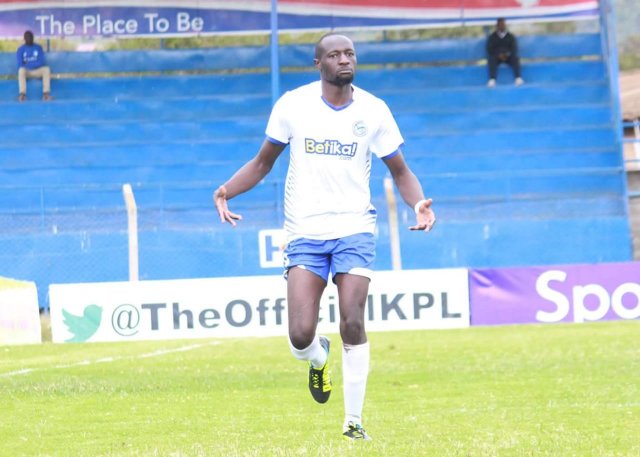 Sofapaka and Harambee Stars striker Piston Mutamba says he targets to vie for the Kenyan Premier League golden boot this season, stating his ambition to score important goals that would help his team break the duck and clinch the local silverware after nine years drought.
Mutamba who signed in June this year from relegated side Wazito FC, scored eight goals in the just concluded season, but he says he wants to double that number and probably hit the 20-goal mark.
“I have set my targets for the new season and the number of goals I want to score and for me, I want to be among the top scorers. If I will not be the best then at least, I should not be outside the top two. It is an achievable target and I have set myself out to hunt down the goals,” Mutamba noted.
He says he hopes to replicate the lessons he has picked from the national team to club level and keep scoring in order to get first team assurance and earning national team call-ups.
Mutamba has been a common figure for the senior team and a starter for the Under-23 side also known as Emerging Stars where he recently scored in both home and away matches against Mauritius in their 2020 Olympic Qualifiers.
“It is good being with the national team because you get to learn from the best, the likes of Olunga (Michael). You get to know how they do things abroad and those lessons help you to improve yourself,” the lanky forward noted.
He added; “At the junior team I am getting more playing time and scoring and that is very important for me as a player. I want to keep working hard at the club because that’s the only way I can ensure I keep playing for the national team.”