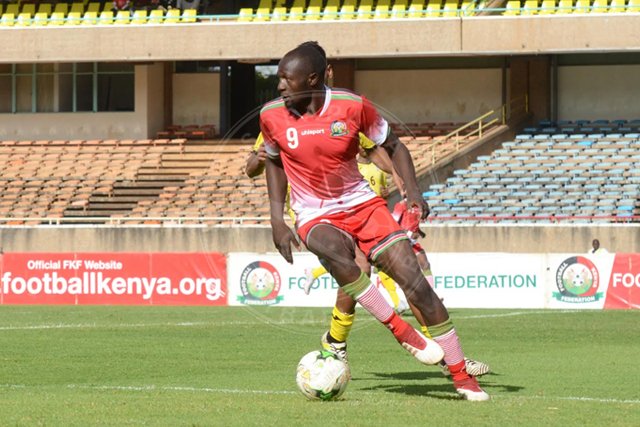 The FC Sofapaka duo of Piston Mutamba and Teddy Osok played starring roles on Wednesday evening for the national Under-23 team who beat Mauritius 5-0 in an Olympic Qualifier at Kasarani Stadium. Mutamba scored a goal and played for 70 minutes while Osok who clocked the entire 90 made an assist.

Osok laid in a beautiful cross for James Mazembe after half an hour off a swiftly executed corner, Ovella Ochieng feeding him off the ball on the right before the midfielder laid in a low cross that was neatly headed home.

Mutamba meanwhile scored Kenya’s third goal seven minutes into the second half when he rose in highest inside the box to nod home a cross from Ovella.

Osok played a crucial role for Francis Kimanzi’s team, anchoring the midfield winning the ball and spraying out passes beautifully.

Kenya’s other goals were scored by Johnstone Omurwa off a Yussuf Mainge corner, Sidney Lokale and skipper Joseph Okumu.

The return leg of the tie will be played away in Mauritius on Sunday.