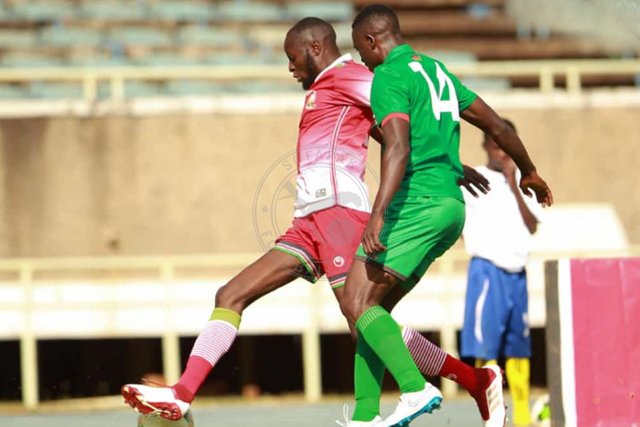 Sofapaka duo of striker Pistone Mutamba and utility player Dennis Odhiambo will lead national football team Harambee Stars quest to qualify for the 2019 CAF Africa Cup of Nations as they play Group F rivals Ethiopia in a crucial qualifier in Addis Ababa, from 4pm on Wednesday.
In the absence of Zesco United striker Jesse Were, Mutamba may be deployed as a striking partner on Japan-based Michael Olunga, while Dennis Odhiambo who had man-of- the match performance in the team’s last two matches against Ghana and Malawi.
All the team’s in Group F have three points from two matches played and Stars are well aware that a win in Addis Ababa on Wednesday, followed by another win during the return leg in Nairobi on October 14, would see Kenya have one leg in the 2019 continental showpiece, the first time in 14 years.
This will be Mutamba’s seventh cap, while for Odhiambo who can be deployed in central mid-field, central defence and left wing-back, will be earning his 24th cap with the national team.