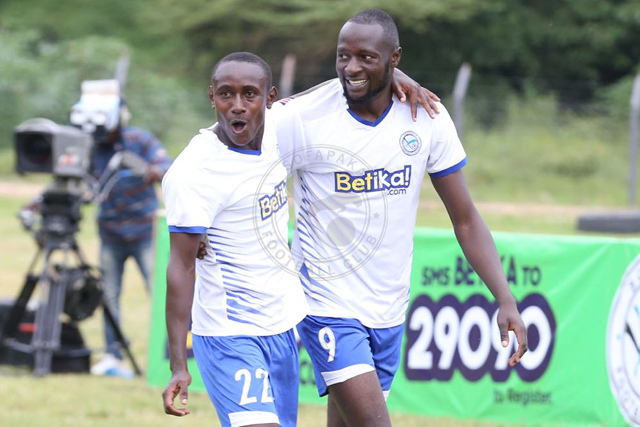 International striker Pistone Mutamba is optimistic of winning the golden boot after opening his goals account on his debut for new side Sofapaka on Sunday.
Mutamba who joined the ‘Batoto Ba Mungu’ early this month from Wazito FC took little time to open his goal account for his new employers in their 3-0 win over Thika United at the Thika Municipal Stadium. Kevin Kimani and Elly Asieche scored the other goals.
“Sofapaka is a big team with a lot of quality players. If I could score six goals for Wazito, then clearly I can double that figure here, because we have the best midfielders in the country at Sofapaka
and if they feed me with the balls, then why should I not be the top scorer at the end of the season,” said Mutamba who also earned a national team call-up last month.
He may, however, have to work extra hard to catch up with the current league top scorer Elvis Rupia of Nzoia Sugar who has found the back of the net 15 times this season, compared to Mutamba’s seven goals.