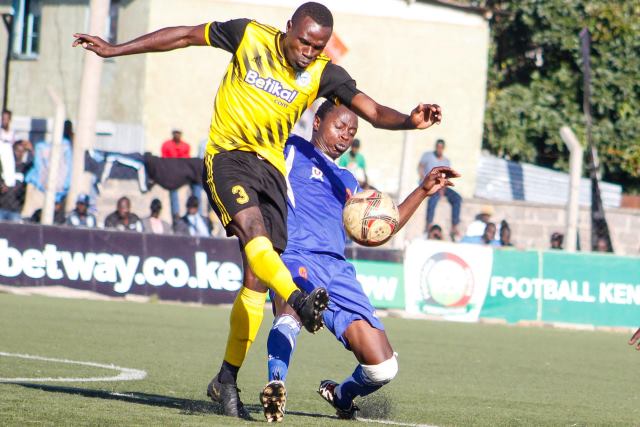 Willis Obayi has rallied his teammates to go for a win against AFC Leopards.

We shall take on AFC Leopards on Saturday 22nd February in a Kenyan Premier League match.

Ahead of the match club’s captain, Willis Obayi has rallied fellow teammates to go for a win against Leopards;  “We have been training well ahead of the crunch tie. It will be a tough game because they are also going for a win.”

On whether Leopards possess a threat, “yes  Leopards are a good side with equally good players. They have been having a good run expect for their defeat a fortnight ago to Tusker FC thus they are a big threat and we have to trade carefully to win the match.”

On the match, the match will be a very tough one but just as normal matches. We should therefore handle it with the right mindset. I want to urge my fellow teammates not to be over carried by win over Gor Mahia but to focus and approach the Leopards match with same attitude.” We need the points to get moving up the log so as to finish in our targeted position.”

On facing Gor Mahia and Leopards consecutively, “it’s always been hard facing Leopards and Gor Mahia. They are the top teams in country thus they have good sides. We won against Gor Mahia and we want to make it two out og two over the two giants.”

The match will be played at Mumias Complex Stadium.