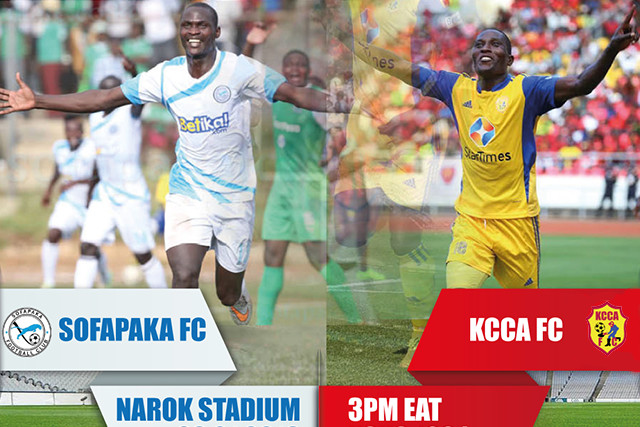 For Sofapaka new signings, it is race against time as they vouch to impress the technical bench officials in the friendly match against Ugandan club KCCA at Narok Stadium in Narok on Friday, January 27, 2018.

Sofapaka deputy coach John Baraza said the new acquisitions are all yearning to be part of the squad, adding that it will be an ardous task to ascertain who will start since they have all impressed in training.

“The encounter against KCCA will be our first major test this year and the seasoned players as well as the new lot want to prove a point. I can only say the match will give a clearer picture on the potential of each player in our ranks,” said Baraza soon after Sofapaka’s training session in Eastleigh.

As Sofapaka prepares to tackle the Blue and Yellow Army, as KCCA are better known in some Ugandan quarters, all eyes will be on new players like Kepha Aswani, Elly Asieche and Ibrahim Kitawi.

The team’s Head Coach Sam Ssimbwa said although the match is a mere friendly, they will treat it with the seriousness it deserves since it will give them ample exposure ahead of their Kenyan Premier League (KPL) opening game against Bandari.

“You cannot afford to treat such match with a pinch of salt. KCCA are worthy opponents and we are optimistic that they will give as a good match in our quest to correct the small mistakes in the squad,” said Ssimbwa.

However, Sofapaka have their work cut out as they are meeting a KCCA side that is oozing confidence after they atoned for their 4-2 loss to Gor Mahia to beat Tusker 1-0 in Ruaraka on Monday this week.

KCCA have the audacity of attacking and defending with precision despite missing four key players including Benjamin Ochan, Derrick Nsibambi, Isac Muleme and Saddam Juma who are in the Ugandan squad for the ongoing African Nations Championships (CHAN) in Morocco.