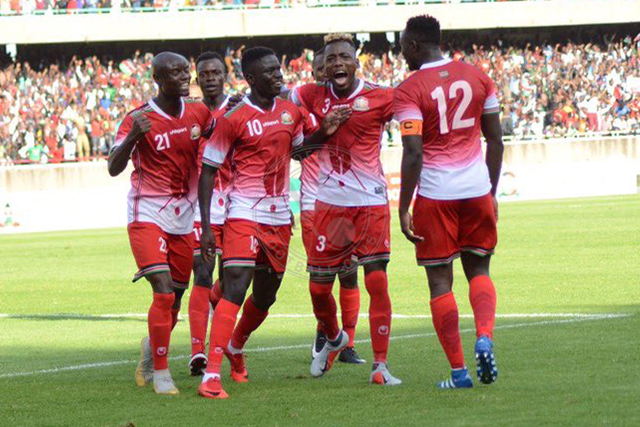 Harambee Stars Head coach Sebastien Migne has heaped praises on Dennis Odhiambo who has been playing impressively for the National team offlate. “He is a good example of what local players can do for the country, given a chance and support that they need”, he said.

Coach Migne added that local based players are as equally important as the foreign-based players in the team as far as qualifying for AFCON 2019 is concerned.

“Every player is important for the team and it therefore doesn’t mean that foreign-based players have an upper hand. What I am keen on is commitment. For instance look at Dennis Odhiambo, he has been very instrumental for the team.” Migne said.

The coach also revealed that he is hoping to work with several local based players during this recess period before the leagues resume.  I hope to have a working arrangement for the local based national team players even if it means training together for a few hours together several times a week.

Kenya is scheduled to face Sierra Leone in its next match, that is if the world soccer body FIFA uplifts it ban on the Leone Stars.