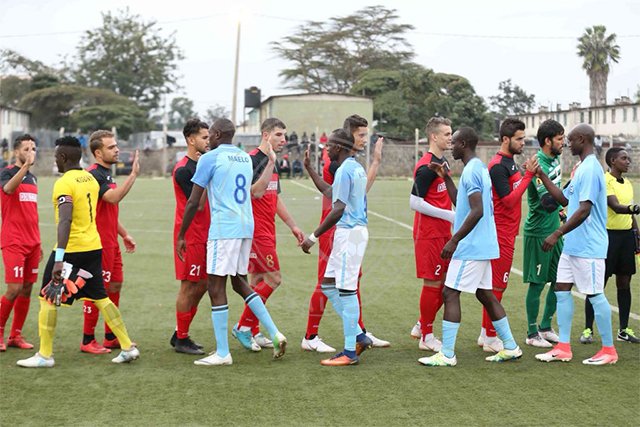 Sofapaka’s new signing Mico Justin believes he is now ready to officially kick-off his career for the 2009 league champions as they travel to Awendo to face rivals Sony Sugar in a crucial league match on Sunday.
Mico who arrived at Sofapaka last week in a three-year deal from Rwanda champions Police, played 45 minutes in a friendly match against Algerian champions USM Algiers on Wednesday where he was outstanding as the hosts won 2-1, and is now raring to go.
” I received a warm welcome and I feel at home. Sofapaka is a big team and I love to be part of the family, I even watched them play Kagame Cup in Kigali in 2010 when I was still a kid and they impressed me as they finished third in the competition,” said Mico.
He added: ” I’m currently in good form and ready for the challenge ahead. My preferred position is Number 10 as a supporting striker, but I can play at any midfield position.”
Mico who was at Police FC for two years, scored 22 goals in two seasons. Before joining Police he had played for AS Kigali.