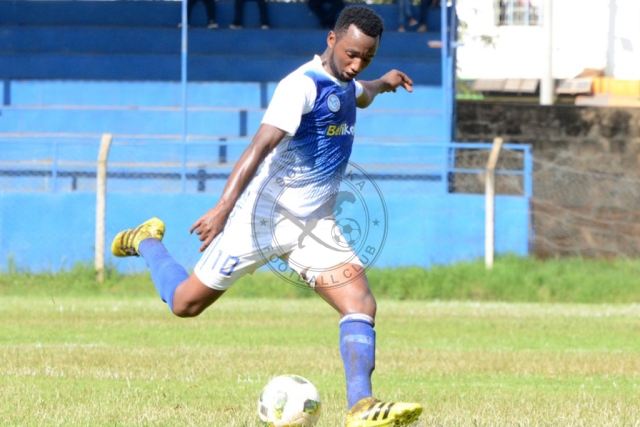 Having fully bounced back from a niggling knee injury that limited his playing time after joining Sofapaka, midfielder Justin Mico is focused on improving his personal attributes and earning more playing time at the club.

The Rwandese joined Sofapaka in July from Police FC in Kigali, but couldn’t play consistently after picking up a knee injury in training. But, he has recovered well and has been in the starting 11 for the first two games of the season.

“I really feel happy that I can play again because I have worked really hard to get back fit from that knee injury. I have been training well since we began pre-season and I am hoping of doing my best and improving every day,” Mico said.

On his targets for the new season, winning trophies and getting back to the Rwandese national team tops his targets.

“We need to lift a trophy this season and personally for me, I want to work hard and play a role in seeing that happen, be it in scoring goals or assisting, I am ready to play my part. Also, one of my targets is to get back to the national team and I am working hard to do well at club level so that I can go back to national level,” the midfielder added.

He has conceded that the Kenyan league is very tough and will offer him a great opportunity to improve, noting that each of the other 17 teams in the KPL are not feeble opponents.

He now hopes the team can keep up with a good start having won the first game but lost the second last weekend against Bandari.

“The first two games we very tough but we have to put that behind our backs. We have learnt from both of them and now we need to look at AFC and plan to get a good result. AFC is a tough team and it will not be easy,” Mico noted.