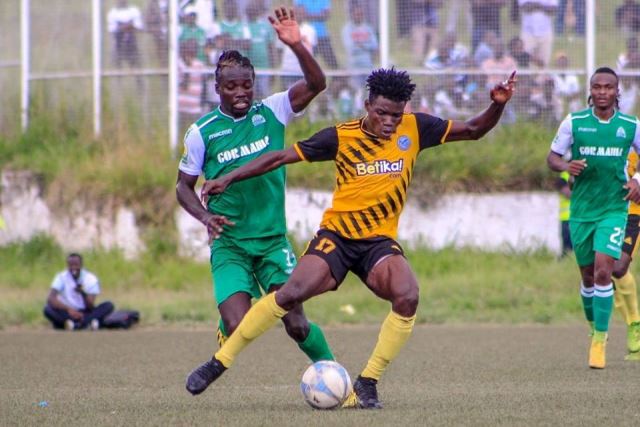 We shall be meeting in a just a fortnight ago in which Gor emerged winners.

Ahead of the clash, head coach John Baraza has described the match an opportunity to stop the league leaders,” We have prepared well for the match I think and feel we are ready for tomorrow’s clash and I hope we are going  to stop them. The players have been positive despite having not had good results against them. We have made the players aware that we want to get going and the plan is to get three points and I hope we are going to get the points starting tomorrow.” Said Baraza

We haven’t had a good run against Gor Mahia and the coach would wish to put to an end the poor run with the last outing two weeks ago ending 2:1 in favour of the league leaders.

We are placed 10th on the log with just a win in 2020. Our opponents top the table on 44points and are on a good run having won all there four matches since the beginning of the of the year.

All players are available for selection except for keeper Nicholas Sebwato who has a knock on his knee, striker Brian Nyakan ankle knock and Brian Magonya who is continuing with his rehab after a successful surgery.