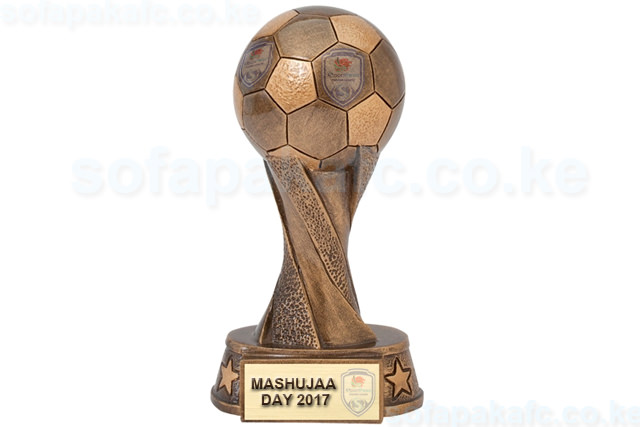 Football fans in Jericho and its environs will have a lot to feast their eyes on today when Kenyan Premier League (KPL) side Sofapaka engage NSL side Kangemi United in a Mashujaa Day Cup match at Camp Toyoyo ground.

Sofapaka will be re-united with their fans in Eastlands as the last time they played at the Nairobi City County-owned facility was on April 22, 2017 when they were held to a barren draw by Kakamega Homeboyz.

Batoto Ba Mungu will be using the match whose kickoff is 3pm as build-up for their KPL clash against Western Stima at Narok sub-county Stadium on Sunday.

According to Sofapaka Technical Director Martin Ndagano, the match will provide an ideal platform to try out some of the team’s fringe players.

“We want to gauge the capability of players who have not been playing as well as those who have been on the reserve bench. Kangemi United is a good team and we hope that they will give us a good match,’’ said Ndagano.

Following the impending development, first choice goalkeeper Mathias Kigonya is bound to give way for either George Opiyo or the youthful Reuben Juma to be in the starting squad.

The team is expected to have a sprinkling of regular players, and fans who will be in attendance may have an opportunity of watching the likes of Ezekiel Okare, Jonathan Mugabi and Meshack Karani.

Sofapaka will be playing the match with the inspiration of not only beating Bandari 2-1 in a league fixture in Mombasa last weekend, but also with the pride of having their tactician Sam Ssimbwa declared the KPL August, 2017 Coach in a ceremony held in Nairobi two days ago.