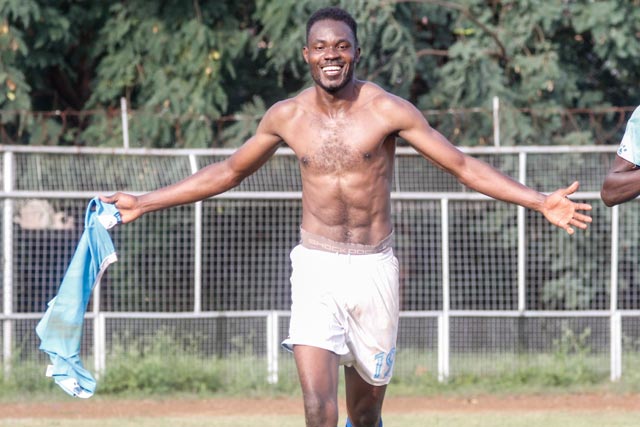 Roddy Manga’s overhead shot at the tail end of normal time earned Sofapaka a point against Posta Rangers in a 1-1 draw.

In an entertaining match staged at Thika Municipal Stadium, both teams exhibited a spirited fight in a bid to earn maximum points on either side of the duel.

It was Sofapaka who came first in attack five minutes into the game through Lawrence Juma. The captain collected a lost ball in Posta’s midfield before trying to chip past Samuel Njau, but his attempt went a few inches wide.

Barely five minutes later, Stephen Okola had a chance to give BatotoBaMungu the lead. The defender directed Titus Achesa’s corner kick delivery on target, but Samuel Njau was well placed to punch his effort out for safety.

Five minutes from half an hour of play, Ambrose Sifuna collected Sébastien Sunday’s through ball before directing it to Rody Manga, but the striker hurriedly shot on goal for an easier pick for Njau.

Five minutes before the halftime breather, the hosts almost took the lead through Joshua Naytini. The midfielder collected a loose ball by David Nshimirimana, but Fredrick Odhiambo reacted to collect his volley.

Upon resumption, head coach David Ouma made a quick change, bringing on Alex Imbusia for Ambrose Sifuna. The change sparkled life in Sofapaka’s attack upfront and three minutes upon his introduction, Imbusia went through Michael Apudo before laying a cut back pass, but Rody Manga failed to arrive on time for an easier clearance by Njau Samuel.

Despite the numerous attempts, it’s the host who took the lead at the hour mark through Benard Ondiek. The former Gor Mahia midfielder pounced on a loose ball by Stephen Okal before hitting a low drive past Fredrick Odhiambo.

Three minutes on, Nixon Omondi almost leveled the score, but David Ochieng was rightly placed to clear his attempt for safety.

Against the run of play, a long delivery by Stephen Okal from a free kick set piece found Rody Manga, who made no mistake from an overhead strike to earn Sofapaka a point on the road.