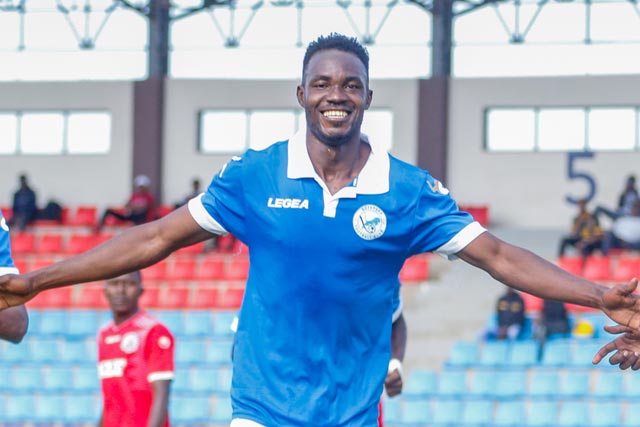 The Congolese forward Roddy Manga, who has found the back of the net twice in the last three outings, believes he’s found his confidence and scoring touch and hopes to surpass last season’s tally.

I started the first three matches on a low note, but that did not deter me from working hard on my confidence at goal, and I am glad I have been able to find the back of the net twice in the last three league matches. As a striker, it’s a confidence booster for me heading into the remaining matches of the season, and I hope this works out perfectly for me.

Last season, I managed six goals in five matches, and currently, with two goals in the first six matches, I am confident of surpassing my tally from last season. I am focused on giving my best on the pitch, and I look forward to scoring at least fifteen goals at the end of the season.

The league is still in its initial stages, so we are fully focused on doing better than last season. Personally, apart from having a 15-goal tally target, I have set my eyes on winning the golden boot award at the end of the season. Concluded Manga.

Sofapaka will next take on Talanta when the league resumes.