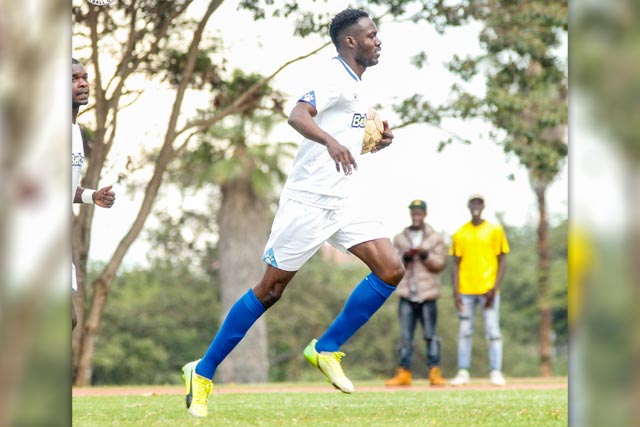 Roddy Manga has expressed his joy at getting his first goal for the club and hopes it is the beginning of many more.

The Congolese forward discusses his first goal, season goals, and the Mathare match.

On whether the goal has lifted some pressure on him,
As a striker and a foreign player, there is always pressure to perform. I was brought in to help boost the team’s attack, but it has taken me a while to hit the ground running. I am relieved to have finally found the back of the net, but not entirely, as we need more maximum points as a team to move up in the standings.

On his expectations before the season ends,
As a striker, one needs confidence to be able to perform at their best. I hope this is the first of many goals to come because I really want to help the team in pushing for top five honors.

On the Mathare United game:
Despite their current woes, we are facing a very unpredictable team, and this calls for a lot of concentration and clinical goal-scoring. I hope to help the team win for the third time in a row.