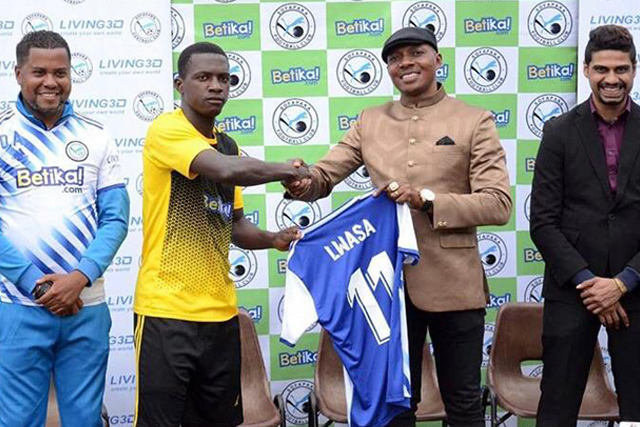 Sofapaka new signing Peter Lwasa hopes he can emulate his countryman Umaru Kasumba’s form at the club as he prepares to start life in kenya following his move from Uganda Revenue Authority (URA). The 21-year old believes he can fill the boots left by Kasumba who left for Zambia after four seasons with Batoto ba Mungu.

“I feel happy to join this club and knowing the exploits that Kasumba had in this team, I am motivated to follow in his footsteps. I know it is always not easy to fill the boots of someone who came and imprinted himself as a club legend here, but I will do my best,” Lwasa said.

He added; “I have spoken to him a bit on what to expect here and I can say I am prepared. So far so good because we have been received well and the training has been good. We have interacted with the new teammates quite well and now, we are looking forward to the job.”

The forward says he will challenge himself to score double digit goals just like Kasumba, but is well aware that the Kenyan league is tough.

“This is a very tough place compared to Uganda. I have followed some games here and I know I am in for a very tough challenge. I am ready for it. I want to score and help the team,” he added.