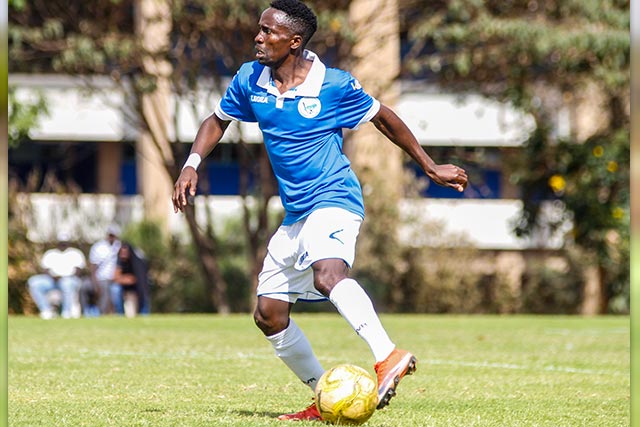 Ahead of Week 1 of the new season, Coach David Ouma will be hoping to have Nixon Omondi, Kevin Omondi, Roy Okal, Maqbul Ochola, Joseph Waithera, Titus Achesa, and Alex Imbusia ready for the new campaign. Below is the latest report from our medical department.

Roy Okal suffered an ankle sprain during the buildup match against KCB and has been sidelined for the last two weeks. He has been on medication and is expected to be back before the season starts.

Kevin Omondi : Groin
Kevin Omondi has been out for three weeks after sustaining a groin injury during one of the training sessions. He has been undergoing rehabilitation, and he is expected to be ready when the league starts.

Joe Waithira : Lumbus spine
Forward Joeseph Waithera became the latest to join the injury list; he sustained a Lumbus spine injury during Tuesday’s training session. He is expected to be back in a week’s time.

Maqbul Ocholla : Groin
The youngster who joined the team in August was unlucky in one of the training sessions, as he picked up a groin injury. The midfielder, who has been out for a month, has been continuing with rehabilitation and is expected to be back to full training in a month’s time.

Alex Imbusia : knee
Alex suffered a knock on his left leg during a Nairobi City Stars practice match, and it returned during practice. He is set to be back in a fortnight.

Titus Achesa : Achilles tendon
Captain Achesa suffered a tendon achilles injury during the KCB friendly match. He has been on the sidelines for the past three weeks, and he’s expected to be back in group training in the next two weeks.

Nixon Omondi: Segment fracture
Defender Nixon Omondi sustained a segmental fracture on his left foot. He is expected to join group training in about three weeks.