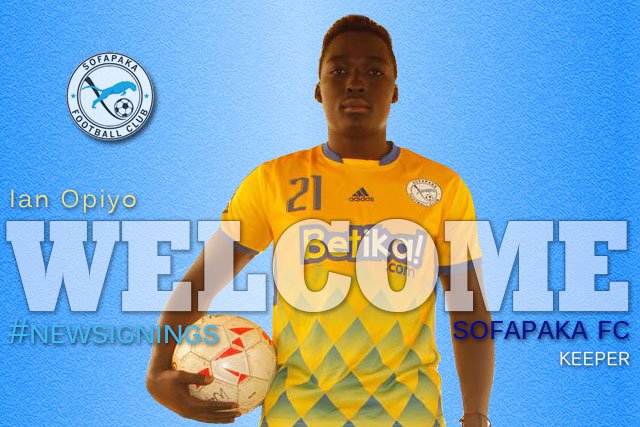 He has been branded as an unsung hero and when he is in on top of his game, predatory strikers find it pretty hard to beat him between the posts.

“Yes, I have had experience playing at Ingwe and Rangers and I think it’s time Sofapaka also had the privilege to enjoy my services.

Otieno who is on a long term contract with Sofapaka after being offloaded by his immediate former club Leopards, underscored the need of Batoto Ba Mungu squad striving to protect the dignity of the team.

“Playing for a big club like Sofapaka is one thing and delivering quite another. I mean, all players are paid to play and are thus duty-bound to ensure Sofapaka is a force to reckon with in Kenya and outside its borders,” said Otieno.

That said, Otieno said he knows too well the challenges awaiting him given that Sofapaka has good custodians including first choice man Mathias Kigonya, youngster Reuben Juma and the newly signed Opiyo from Nairobi City Stars.

“I don’t expect things to be any easy, Look, Kigonya being the first choice goalie means he is good while the rest of the young men are coming up well. That means I have my work cut out in making the first team. But it is possible for a good measure if I work hard,” said Otieno.

The outgoing Otieno had a roller-coaster season with AFC Leopards which, he says, culminated into unceremonious parting of ways with the team but fails to go into details.

“It was not a send-off worth talking home about but let’s leave it at that. I wish Leopards the best of luck in their future endeavors,” said Otieno.

Otieno’s football career started at Chavakali High School where he played alongside current AFC Leopards midfield dynamo Duncan Otieno and former Oserian and Kakamega Homeboyz striker Griffin Amatala with the trio being part of the team that reached the Western provincial semi finals where they lost 1-0 to Kakamega High School’s Green Commandoes.

Otieno later joined Posta Rangers where he shone after which he was named in Harambee Stars where he earned his first cap during the Rwanda Genocide Memorial Tournament in Kigali in a 0-0 draw with the home team Amavubi. He has also played for the Kenya national under-23 team.