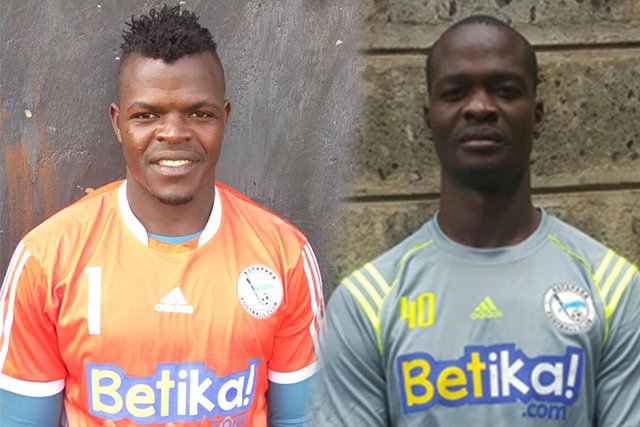 Sofapaka captain and first choice goal keeper Mathew Kigonya has welcomed the arrival of Kenya international custodian Wycliffe Kasaya to the team and termed it as a boost to the side that is seeking to win a double this season.
Though Kasaya poses a threat to Kigonya’s first team assurance, the Ugandan shot stopper is happy for the new challenge is claims it is good for the team as they seek to win their second Kenyan Premier League title.
“Kasaya is a big catch for the team. He has massive experience and he is a top class goalie, it’s good to have depth in every team, the young goalkeepers in the team, Juma and Opiyo can also learn a lot from him,” Kigonya said.
Kasaya joined Sofapaka from Mathare United on June 1 when the transfer window was opened together with striker Pistone Mutambu who is currently with the national team Harambee Stars for a series of international friendly build-up matches in India.