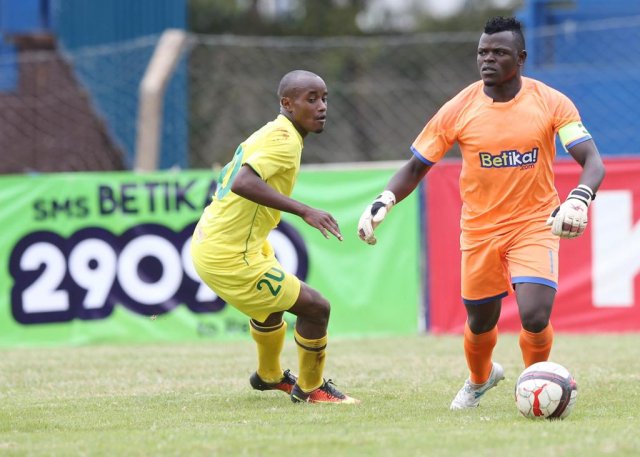 Sofapaka president Elly Kalekwa has refuted claims by the team captain Mathew Kigonya that the club has denied him a release letter, two weeks after expressing his desire to part ways with the 2009 league champions.
Kigonya, who scored four goals for the team in the just concluded season, from the penalty spot despite being a goalkeeper, stunned the Sofapaka faithfuls a fortnight ago with a letter requesting to leave the team.
He has since been linked with moves to league rivals AFC Leopards and Tusker. Tusker, however, looks like the more serious contender for the Ugandan international after they lost the services of Harambee Stars custodian Patrick Matasi to Ethiopia league championship St George’s.
“Kigonya is not a free agent. We cannot just give him a release letter because he wishes to leave the team and yet he has nine more months in his contract with Sofapaka,” said Kalekwa.
He added: “Football is business and since Kigonya’s contract runs to June 2019, he is still our player. We are ready to release him, but any team that is looking for his signature should talk to the club’s administration to strike a deal.”