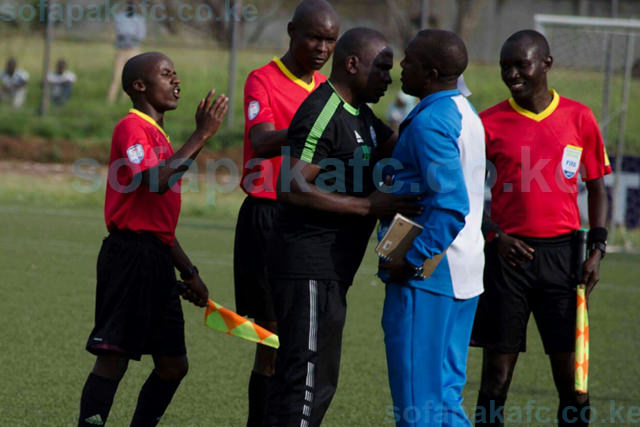 After winning what was viewed be the mid-week’s big match where Gor Mahia hosted Sofapaka in Kusumu, Gor’s coach Dylan Kerr has apologized to the linesman for a decision he thought the linesman got wrong.

Gor Mahia beat Sofapaka 2-1 courtesy of George Odhiambo and Meddie Kagere to stay on course for the 16th league title but Sofapaka’s goal was contested with Gor players protesting to the linesman for what was seen as an offside goal.

Kerr says his team started well but slowed down after the first goal though players defended well. “First half we started brilliantly and we could have gone two goals up.

After the first goal, we stopped being Gor Mahia maybe players were tired and gave the ball away too easily putting ourselves under pressure”.

“We defended all set pieces well but their goal was miss shot and deflected and I apologise to the linesman because he got the decision right after looking at the highlights.” Kerr told the official Gor Mahia website.