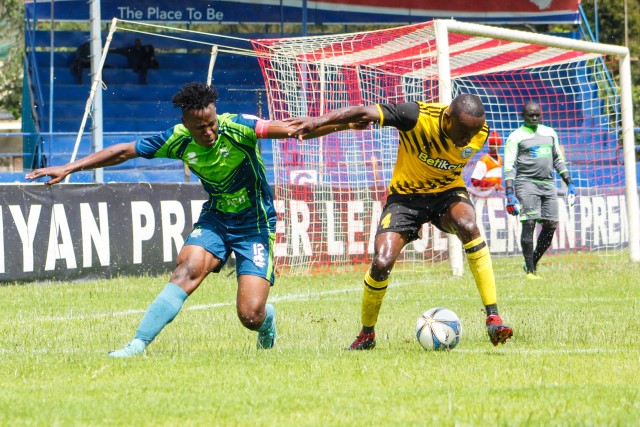 Sofapaka started the match brightly and strongly in search for early goals. The club’s pursuit did not last long, new signing Collins Wakhungu struck at the 18th minute of play after being set through by Ronald Okoth for our opener.

Moments later we could have doubled our lead but his efforts rolled out for the hosts goalkick.

In a more tensed half, midfielder Mohammed Kilume picked up a knee injury forcing head coach John Baraza to take him off for Joel Noukeu.

In the second half, the host team restored parity in the 56th minute through Victor Omondi after a poor clearance from keeper Isaiah Wakasala.  KCB then doubled their lead thirteen minutes later after a quick counter attack, this time through teenager Brian Ochieng who calmly slotted in past keeper Wakasala.

Coach Baraza threw in Kefa Aswani for Ronald Okoth to salvage the situation but the host defended well to collect full points.

The team will have three days to prepare for next league match against Nzoia Sugar on Sunday.