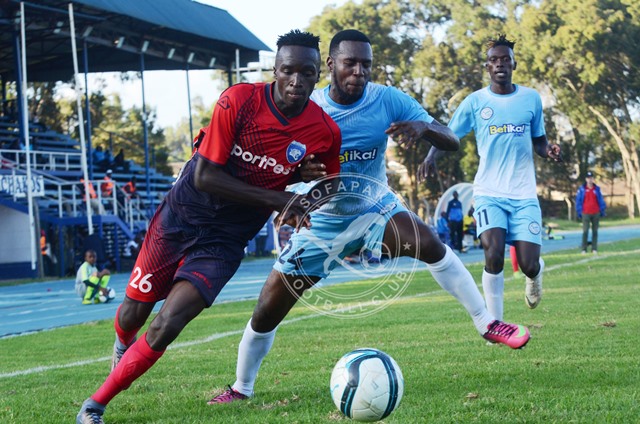 Rwandese defender Soter Kayumba was called in to make his debut 30 minutes into last weekend’s 2-2 draw with AFC Leopards and with regular Humphrey Okoti uncertain for this weekend’s clash away to Ulinzi Stars in Nakuru, Kayumba will be in line for his full debut.

The centre back says he is ready to step in and says he has assimilated into the team with ease since joining mid last month.

“I feel at home so far because I have managed to gel in well with the team. This is a good club and one which is ambitious and it goes in line with my own targets as a player and I am ready to give my best on the pitch when called upon,” he says.

Looking back at his debut against AFC;

“It was a very tough game and a derby of sorts. We wanted to play for all the three points and it was unfortunate we didn’t. But still, the one we got will push us somewhere.”

On the Ulinzi game on Saturday;

“That is another tough game for us. I have been told that Ulinzi is a very tough team but we should be able to go there, work as a team and get all the points. We have managed four so far and it will be important for us to ensure we get our second win.”