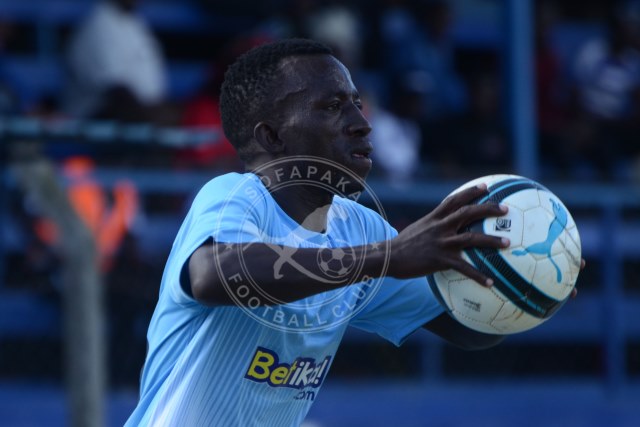 Cliff Kasuti will travel back to Nakuru for the first time since leaving Ulinzi Stars at the close of last season when Sofapaka take on the soldiers in the late kick off at the Afraha Stadium on Saturday.

Kasuti joined Sofapaka in November after moving from the military side and has so far chalked starting berths in all the opening three games of the season.

“It feels great to be going back to Nakuru to face Ulinzi. It will be a bit emotional for me because they were my very first team in the league and it will be special playing against them. But now my allegiance is somewhere else and I have to go there and do my best for my team and be on the winning side,” the wingback noted.

He added; “Ulinzi is a tough team and I know the players there are very hard working. It will not be an easy game for us but we have our game plan. We will go in there concentrating on how the coach wants us to play.”

Kasuti has adjusted well to new responsibilities given by head coach Melis Medo, playing as a wingback, different from his previous preferred position plying either side of the attacking wings.

“It has not been easy but I have managed to adjust well into it. Defending requires a lot more of work and this has made me improve on my work ethic. I had been playing on the wing and it is not very different and so it made it a bit flexible for me to blend in. But I am happy because each game I have improved and with the assistance of the coach, I have become better,” he added.