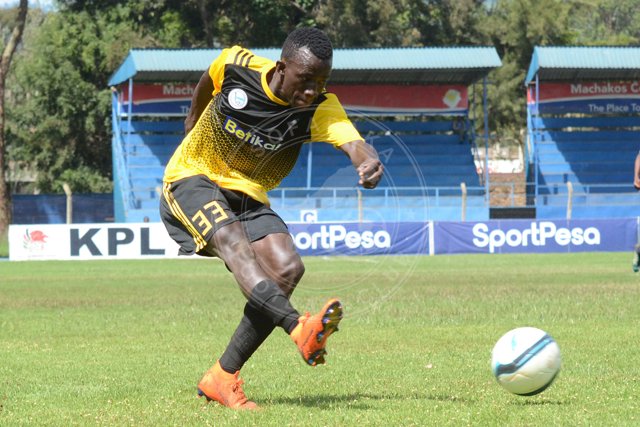 New signing Cliff Kasuti was drafted into playing an unfamiliar role on Sunday during Sofapaka’s first game of the season against Mount Kenya United, but the former Ulinzi Stars man did just fine and adjusted to the position well.

Kasuti, signed at the end of last season from military side Ulinzi Stars has often playing as a winger, but with options short for coach Melis Medo, he was called in to play in the new system with more defensive duties and didn’t put a foot wrong.

“I didn’t find it strange at all because most of the times when I was playing as a winger, I was used to dropping down and helping the defense. This time though there was more responsibility to drop back and I think I adjusted very well to that role,” Kasuti said.

He hopes to flourish under Medo at Sofapaka and points out that so far, he has felt at home at his new club and he hopes to do more and win trophies.

“In any role the coach wants me to play in, I am ready to fill in. So far I have enjoyed being here and I was welcomed very positively. Hopefully I can keep on improving and helping the team,” further stated Kasuti.