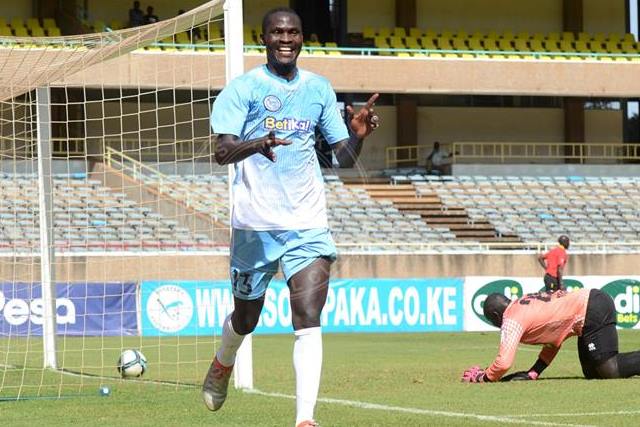 Sofapaka striker Umaru Kasumba says he years to fight for the Kenyan Premier League Golden Boot and hopes his goals can spur the team to the title.

Kasumba has so far scored six goals for the team despite missing almost one month of action at the beginning of the season due to injury.

“I am happy with how the season has progressed for me. Of course it was tough at the beginning because of injury but I have managed to work hard to get back in good form,” the Ugandan striker said.

Though he does not have a definite target of the number of goals he wants to score at the end of the season, his eyes are fixed on getting something at the tail end of action.

“Of course every player wants to win things and for me being a striker, I want to get that Golden Boot. I hope to keep scoring and working hard each game to help them team,”

“The most important thing for me though is what the team achieves. If I score the goals and help the team win the title, that would be perfect for me,”

“So far things have been okay for us but we have to continue working hard to achieve our targets. The league is tough and we need to be at our best always,” adds the forward