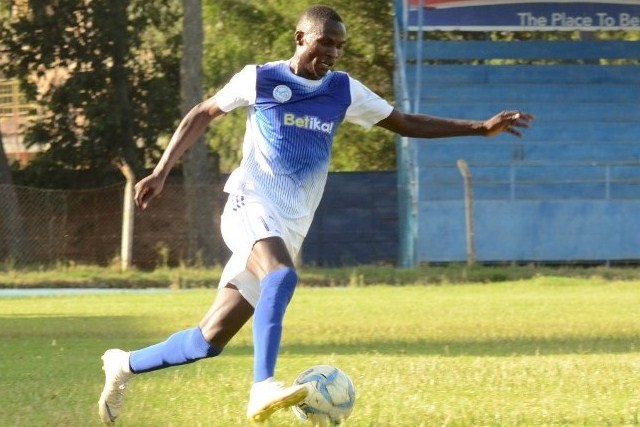 With seven games before the season ends, Sofapaka’s Ugandan forward Umaru Kasumba says he wishes to score five more goals to attain his target of 20 as he looks on for his best ever top flight scoring season.

Kasumba has so far scored 15 and sits joint top on the goal scorer’s chart, but his aim is to pull clear. The goal scoring Machine has already surpassed his tally for last season where he scored 10 times. Since arriving in 2017 June, Kasumba has always scored double figure goals having hit 13 in his first season.

“I think I am really happy with how I have progressed this season. Bearing in mind I didn’t start the first five games due to injury I think I have done well. My target this season from the start was 20 goals and I believe I will get that target,” he said.

“Secondly, I also want to win the Golden Boot and I will work hard to win it,”

“At Sofapaka this season as well I will try my best to help the club win a trophy. We had a chance in the Shield but things didn’t work out well for us. Now we have the league though the run in is tough but we will give our all and see what comes at the end of the season,” he said.

Kasumba is also hopeful that he can earn a call up to the Uganda Cranes national team ahead of the Africa Cup of Nations in June. Though he has played for the Under-23 team, Kasumba is yet to play for the senior team and he believes he is in good shape to earn a call up.

“I am ready and I think if given a chance, I will prove what I can do. I have proved it on the pitch this season and I have seven more games to prove more. Every player wants to represent his country and it is my personal dream to play for the Cranes,” he stated.

Kasumba was called up to the team that played in the African nations Championship (CHAN) in South Africa in 2014, but did not make the final squad. Before joining Sofapaka, he played for Uganda Police where he was the season’s second best scorer with 15 goals, losing out to Robert Ssentongo by only one goal.

He then moved to Sports Club Villa for half a season where he scored six goals before moving to Sofapaka in the middle of 2017.