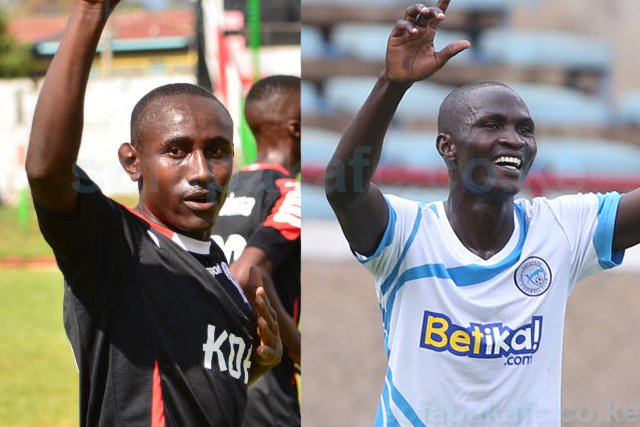 “I understand that my employers have brought on board Waruru and I must say this is one of the best things to have happened at Sofapaka,” said Kasumba in a phone conversation from his native Uganda where he is on Christmas and New Year holidays.

He added: “Waruru is undoubtedly one of the best players in the Kenyan Premier League and It is my utmost belief that he will add value to Sofapaka’s goal hunt in the team’s quest to clinch the 2018 title.

“He (Waruru) is a dribbler per excellence and has an eye for goal and hopefully, we will form a striking partnership that will send chills down the spines of our opponents next season. May I take this early opportunity to congratulate Sofapaka President Elly Kalekwa and the rest of the team’s management for this big signing,” said Kasumba.

In the meantime, Kasumba has hinted that he has turned down several offers from various clubs in Uganda and has opted to stick with Sofapaka until the expiry of his contract at the end of KPL 2018 season.

Kasumba categorically pointed out that he was not interested in playing in Uganda and would rather venture into a career outside the country.

“I have said it before that my football career will end elsewhere and not in Uganda. All I want is more challenges which I’m already getting at Sofapaka,” Kasumba said.

On his remarks on what is viewed as being overlooked in the Uganda national team, The Cranes, for the ongoing Senior Challenge Cup, Kasumba said he read politics in the whole issue.

“Honestly, there are a lot of politics in Ugandan football. The failure by the national team selectors to summon me for the Cecafa duties is not making me have sleepless nights. As for now, I’m comfortable playing at Sofapaka,” quipped Kasumba.