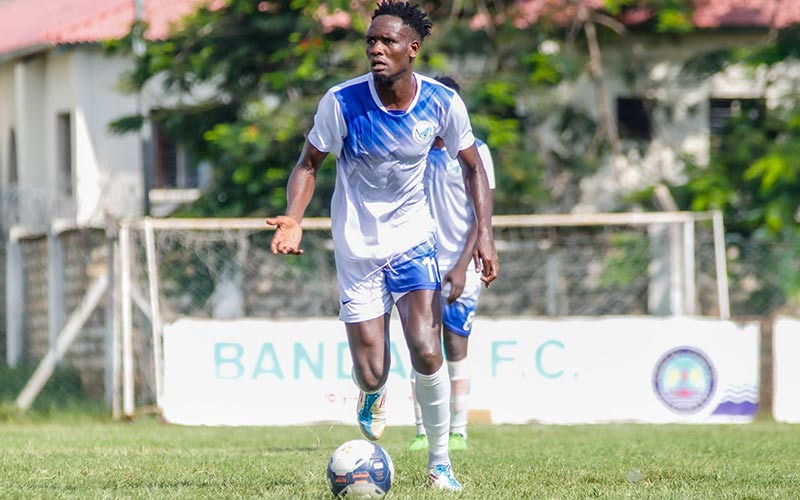 Sofapaka’s new signing Davis Kasiyre has played down the pressure despite going two games without a goal.

The Ugandan forward says he only needs to hit one in the back of the net and more goals will definitely flow.

“As a forward, we are tasked with scoring goals, which haven’t come my way in the last two games, but I am not panicking nor feeling any sort of pressure because I only need to score one goal and the rest will be plentiful goals going forward.” He said

“I have had an assist, which is a plus and a motivation for me. I believe in collective team effort, which I want to achieve by improving my numbers both in terms of goals and by also assisting several others.” He added

“We have a task to do on Saturday because we have to make amends for the first two fixtures. It will be a tough match, but I am certain of a positive outing on Saturday.” Concluded Kasirye

The two sides will take on each other on Saturday at Sudi Stadium.