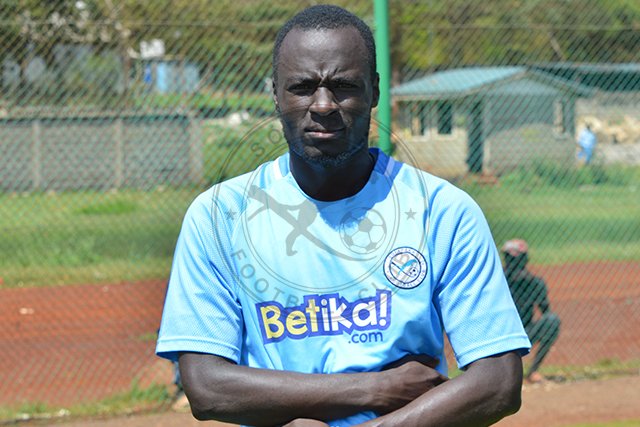 Striker Cornelius Juma says he is more than delighted after completing his move from Mount Kenya United, signing a two-year contract to re-unite with his former coach Melis Medo at Sofapaka. Juma put pen to paper on Friday afternoon, having trained with the side from Tuesday.

“I really feel pleased to have signed for Sofapaka because it is a great team with huge plans and ambition and as a player, it goes in line with what I want to achieve. When I heard they would be interested in me, it wasn’t hard to make that decision and I am glad I am here now,” the 23-year old striker offered.

“I have felt at home since the first training session and I have already integrated with the team. The training is great and there is a lot of camaraderie in the team,” he further stated.

On the influence coach Medo had on his decision to join Sofapaka;

“He is a coach I worked with for six months and I knew that coming in here, it would be hard to settle down because I know how he works and what he demands. Furthermore, he knows my abilities and he knows how to get the best out of me so I am really certain that I will improve under his leadership.”

On his plans for the season and what he wants to achieve at Sofapaka;

“My primary target this season is to score 14 goals and that is what I will work hard for. The team has an ambition to win a trophy this season and that aligns to what I also want to achieve. Together, if each of us works hard, then I know that is a target we can achieve.”

On the qualities and attributes he brings into the team;

“Along my career path, I have learnt to work hard and be persistent and I believe in myself. I am hungry for success and I want to bring that into the team as well.”