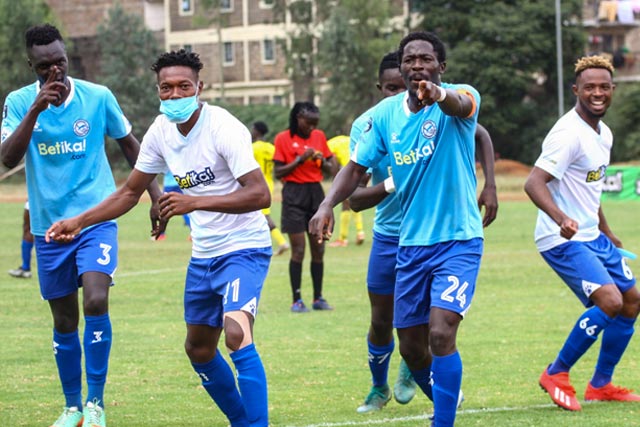 Sofapaka beat Wazito 2-1 in round 18 of the FKF Premier League match.

In a fixture staged at Utalii grounds, Joseph Waithera and Lawrence Juma’s goals in either half were enough as Sofapaka bounced back towinning ways.

Partly five minutes into the match, Lawrence Juma came close to scoring the opener after a decent delivery from Said Tsuma, but keeper Bashir reacted well to punch out his attempt.

Ten minutes on, Wazito pushed for the opener, Dennis Sikhayi’s teasing volley almost troubled Kevin Omondi, but the custodian pulled the save.

A minute past the quarter-hour mark, Amos Assembeka’s dangerous goal-bound effort was fingertipped out by Kevin Omondi to keep the scores level.

Two minutes later, Joseph Waithera beat Johnston Omurwa off the ball, before slotting in past Bashir to break the deadlock.

Five minutes before the halftime break, Nixon Omondi came close to doubling our lead but the skipper, the Wazito, reacted just in time to cancel the threat.

Upon resumption, Coach Odhiambo made a triple change, bringing on Jocob Onyango, Alex Imbusia and Said Tsuma. The change proved fruitful immediately. Alex Imbusia quickly ran on the left flank before finding Lawrence Juma, who made no mistake to chip past the on-rushing Bashir.

Twenty minutes from time, substitute Ambrose Sifuna had a perfect chance to put the game beyond Wazito’s reach but the winger’s effort narrowly missed the target.

In the 75th minute, substitute Aziz Okaka pulled a goal back for the hosts from a goal mouth melee.

Against the run of play, Wazito had perfect chance to draw level but former Sofapaka captain Elli Asieche’s rebound effort from the spot was ruled out for an offside.

The win pushes Sofapaka to tenth position on 24 points.