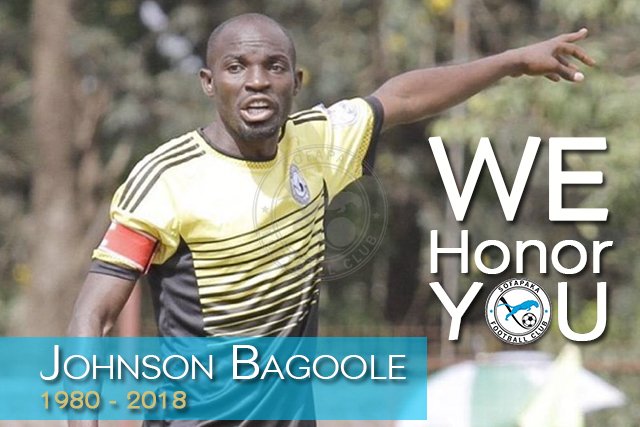 The former Sofapaka SC skipper has been ailing for a while and was Wednesday transferred to Lira where he was diagnosed with the deadly fungal disease and was today pronounced dead.

“He was very instrumental in Sofapaka surviving relegation in 2016, he led from the front as captain.

“Very sad for us as Sofapaka family, we are in mourning; hit by the new that Baagole is no more. Rest in peace ssebo (brother).

“A good hearted man; at one time he bought a full set of uniforms for Sofapaka U20 team. He was really a likeable and respectable figure during his time here,” the Sofapaka boss said.

Bagoole’s illustrious career begun at Iganga Town Council before he moved to Uganda giants Express FC where he made a name for his hard work and ball distribution abilities.

He then moved to Rwanda where he played for the country’s two big clubs Rayon Sports and APR.

He later crossed over to Kenya with Sofapaka captaining the side and helping them avoid the chop in the 2016 Kenyan Premier League season.

Bagoole ended his career in the DR Congo where he played for Kinshasa heavyweights before hanging his boots at Bakavu Dawa.