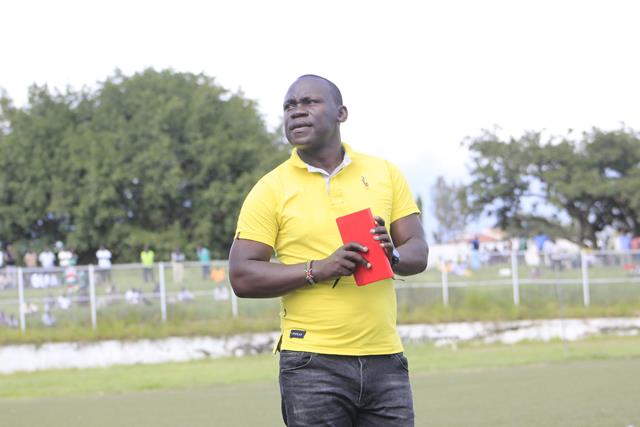 We held visiting Mathare United to a one all draw in an entertaining match in what head coach John Baraza termed a fair result.

While speaking to the club’s media after the match, Baraza lauded the players fighting spirit whilst welcoming the one point we got out of the match.

On whether facing Mathare United was a tough opponent; “I was expecting a total difficult match against Mathare United, they are a good side with some good players and on a good day they can punish you if you don’t plan well.”

On whether a point was a fair result, “I’m glad we picked a point from the match and I can only congratulate the players because they did give their best. They pushed themselves even harder especially when we had gone down in the early opening minutes of the second half.”

On whether impressed with new acquisitions performance; “I’m totally impressed with the new signings in Promise Chinonso, Sebastine Sunday and Brian Kayanja, they showed they are in for business despite having just had one training session on the eve of the game. They gave their best, they fought and that shows we have the right players to help us compete.” I’m impressed with how they played today, they totally performed beyond our expectations being that they are new into the league. I look forward to more from them.”

On up coming matches;

“We have so far played 19 and we got 13 more to go, I believe if we plan well then we will collect maximum points to help us fight for league title.” Baraza conclude.

The team will resume it’s preparations Tuesday morning ahead of Gor Mahia match.