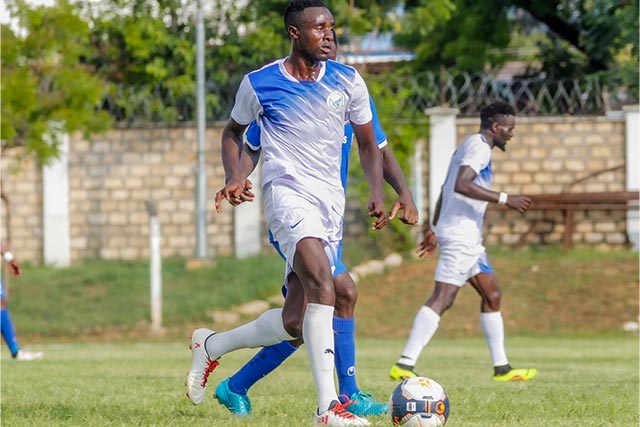 Having gained just a point from a possible nine in the last three league fixtures , Alex Imbusia has expressed confidence in the team turning around the poor start.

“We have not started the seeson well which is a concern for us because we had not planned to have this poor start nonetheless we are not under no pressure because I know and I am confident our moment will come and the wins will definitely flow.” Imbusia said

“I believe our main undoing has been the loss of concentration towards the end of the matches. In the two losses against Bandari and Nzoia Sugar, we let in goals in the dying minutes of the matches, and so I think it is an area that we should work on to avoid such in the future,” he added.

“I have not had enough playing time and this is an area I want to focus on this season. I have been training hard and I believe I will soon have more minutes under my feet. I also hope to have an impactful season on the team by contributing at least ten goals at the end of the season.” –Concluded Imbusia

The forward will be hoping to play a part in the CATS Derby when Sofapaka take on the AFC Leopards on Monday.