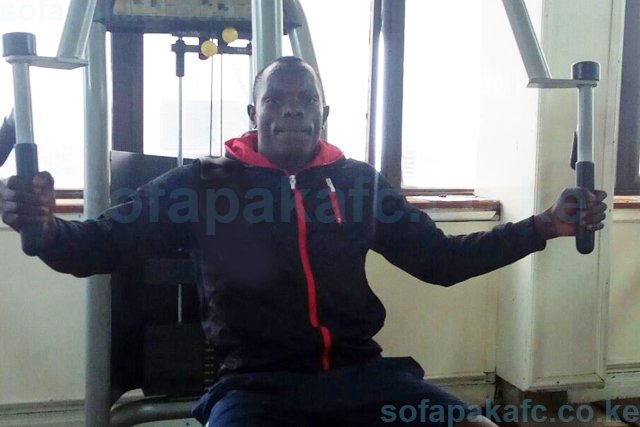 The signing of ex-Western Stima man Vitalis Akumu by Sofapaka has been described as Go-sent in the Batoto Ba Mungu’s camp.

Why?’: The Kakamega High School (Green Commandoes) product  boasts a rare virtue of being a utility player and his performance at Stima was there for all to see.

“I may be mistaken for a braggart bit I want to categorically point out that I can play in any position. That is Akumu for you and if I get a chance in Sam Ssimbwa’s line-up, I will make Sofapaka fans a happy lot,” said Akumu.

Akumu was in the crack Green Commandoes squad  that won the national finals in 2014 after a 1-0 win over Kisumu Day at Bukhungu Stadium in Kakamega, having joined Western Stima a year earlier while in Form 3.

The affable player said at KPL, he is looking forward to renewing acquaintance with his former teammates at Commandoes who contributed to the victory among them Haroun Nyakha (ex-AFC Leopards), Alphonse Ndonye (Mathare United), Crouch Okumu (Chemelil Sugar and even Georgia-based Eric “Marcelo” Ouma when he is summoned for national team duties.

Now that he has joined Sofapaka, Akumu says the sky is the limit.

“I’m here to play football and I don’t anticipate anything short of winning the league title with Sofapaka,” said Akumu.