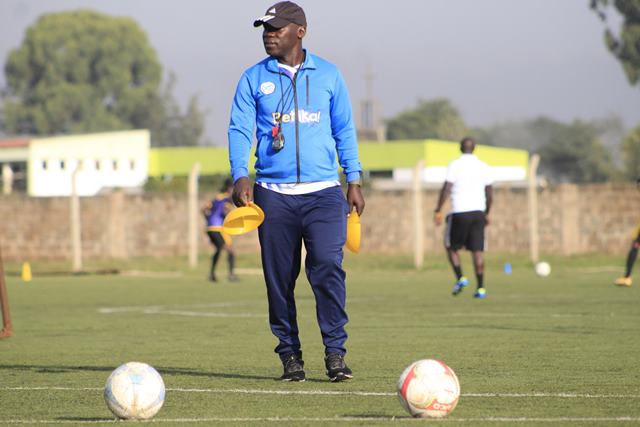 Head coach John Baraza has called on his players to exercise caution ahead of FKF Cup round 32 clash against Balaji EPZ FC.

We shall take on FKF Division one side Balaji EPZ FC in the FKF Betway Cup round 32 knockout stage.

Ahead of the match head coach John Baraza has rallied his charges to be cautious; “We are going into a tough tournament, each game counts as a final thus we must be very cautious.”

On whether it’s will be an easy task; “Literally no team is inferior but in football the so called small teams can surprise you. They will come into the match with nothing to lose but to prove a point which is very dangerous. It won’t be an easy duel to be frank thus we shall handle it with the seriousness it deserves.”

On the Cup being important, “absolutely yes, the FKF Cup is very important to us as a club. It’s an opportunity for continental football and in so many years we have missed CAF tournaments. We want to get back to it thus the journey begins tomorrow.”

On changes to the squad ahead of the cup tie; “yes we shall have a few changes, I feel some of regular players need some rest  as well, those who have had limited playing time, to have more tomorrow. In addition some of the young players too will be incorporated in tomorrow’s match.”

The match will kick-off at 4pm at Camp Toyoyo grounds.