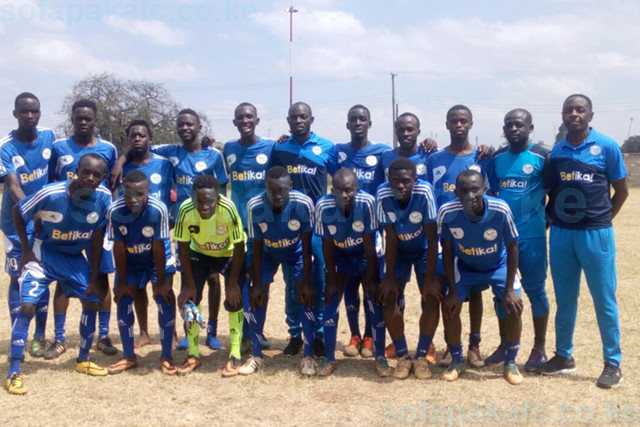 Sofapaka Junior team is increasingly proving as a trusted reservoir of talent after two of the team’s players got a chance to brush shoulders with the senior lot.
Pius Samson and Patterson Odongo have both been elevated to the senior team and are striving to impress Head Coach Sam Ssimbwa and his deputy John Baraza to get play-time.
‘The two players were among our stand-out performers last year and I’m not surprised that they have been summoned to train with the senior side.  I would wish to advise them to work extremely hard and get play-time, said the youth team Head Coach Edward Munandi.
In the meantime, schoolboy Duncan Okoth alongside Timothy Ngugi, Mike Mugite, Rashid Nyonga and James Macharia have yet to report to the youth team’s pre-season training.
While Okoth, a student at Parklands Secondary School, is held back by his studies, the rest of the players have already communicated that they will link up with the squad latest Friday, January 27, 2018.
Coach Munandi is currently preoccupied in instilling endurance and speed ahead of the new season.
Munandi said the players are gelling well and can only get better as the 2018 KPL County League approaches.
Sofapaka Youth wound up fourth overall in the 2017 League and will be seeking for improved fortunes this year.
Meanwhile, plans are underway to have the team play in a pre-season friendly.