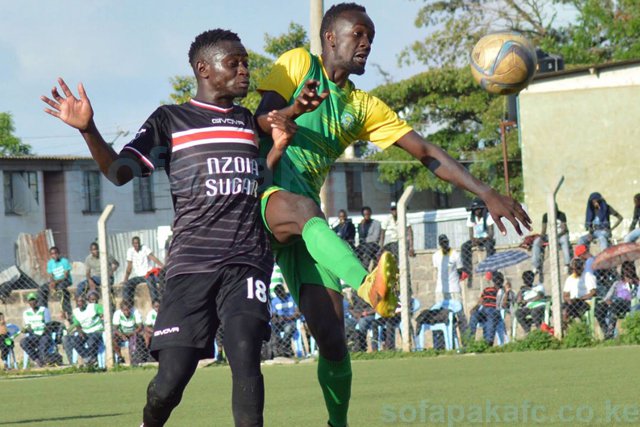 Christmas has come early for Sofapaka FC after the team signed yet another big name in form of Kariobangi Sharks offensive midfielder Elly Esieche.

Independent sources within Sofapaka intimated that Esieche who was rumored to have also attracted interest from various clubs in Tanzania will join Sofapaka once he secures release from his erstwhile employer.

“I wish to confirm that Esieche has signed for Sofapaka and is only waiting for his release by Kariobangi Sharks before joining Batoto Ba Mungu. We are confident he will add value to Sofapaka in the team’s quest to win the 2018 SportPesa Premier League (SPL) title,” said the source.

Esieche, a highly disciplined player who has had a commanding role in Kariobangi Sharks midfield in SPL, has reportedly signed a two-year contract with Batoto Ba Mungu

Sofapaka’s signing of Esieche comes hot on the heels of the team’s acquisitions of Nakumatt and Harambee Stars utility striker Kepha Aswani and Stephen Waruru from Ulinzi Stars.

The recent signing of quality players by Sofapaka is a deliberate move by the club’s Founder and President Elly Mboni Kalekwa to ensure that the team wins the 2018 KPL.

Kalekwa, a Congolese business magnate, has in the recent past urged Sofapaka players to work hard to ensure that the club ranks amongst the best in Kenya and Africa as a whole.