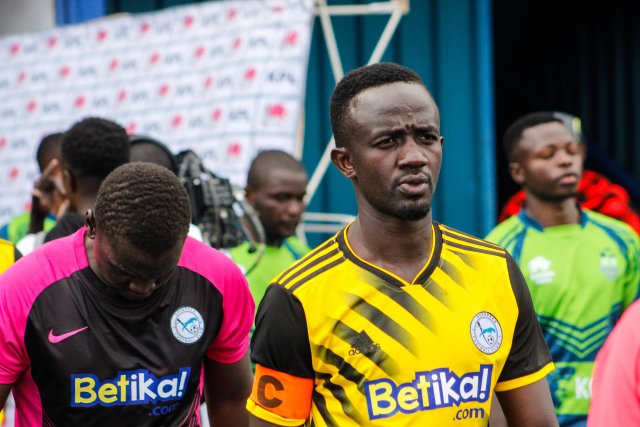 In our last league fixture, the team lost 2:1 to Kenya Commercial Bank (KCB) and stand in captain Elli Asieche has expressed his disappointments while also urging his fellow team mates to go for nothing short of a win on Sunday ;

“We really had a superb first half taking a deserved lead against KCB, we largely controlled the game but we lost tact and got punished for it.”

“In the second half, we simply collapsed, we failed to punish our opponents and they countered our misses into goal scoring opportunities. We gave them (KCB) alot of spaces, they won most of the second balls which forced us to make mistakes and afterwards we were not able to come back in the match.”

On Nzoia Sugar match, Asieche said that the team is going for a win;

“Dropping 5 vital points in two consecutive matches is a big concern to us as a team, we have keenly looked into areas of concern and going by the training we have had after KCB loss, I  believe they are well addressed. ”

“We going to face a very tricky side who have their own share of problems, they beat us in the first leg, we respect them but we mean business. We have targets thus we really need a strong comeback  to help us attain our goals. Nzoia match is a must win match and we are going to give it our very best because it won’t be a walk in the park.  Asieche concluded.

Sofapaka will host Nzoia Sugar at Kenyatta Stadium, Machakos on Sunday from 1pm and will be aired live