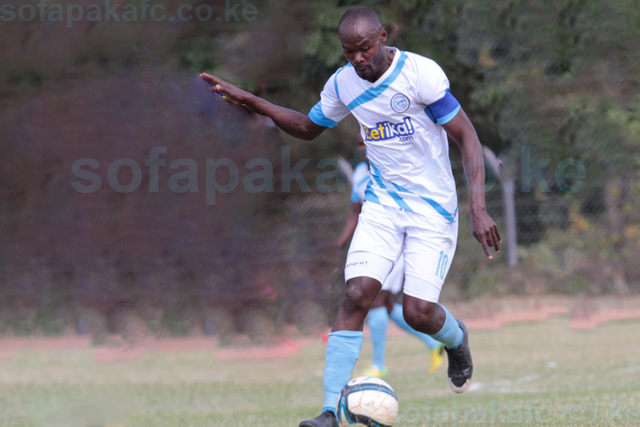 Sofapaka skipper Hillary Echesa has called on his mates to keep up the fight even though the team’s chances of winning the KPL trophy in the season are very slim. Sofapaka have to win all the remaining matches while Gor Mahia has to lose all of them.

The team is placed second and with a very slim chance of surpassing Gor in the standings but Echesa has placed emphasis on strong finish, starting with the game against Western Stima, which comes on Sunday 22 October at the Narok County Stadium.

“We hope to continue with the winning momentum when we take to the pitch to play Stima. We need three points to consolidate our place and I think this is a good chance,” he said.

Echesa is the most senior player at the team, and the status comes with leadership. He acknowledges that the young players at the team need the guidance, to prepare them for a bigger fight in future.

“My job here is very simple, to provide guidance to the young players coming up and encourage them to keep fighting. We have tried to reinforce in the second leg and we have quality players now, so the focus is on next season when we will fight for the league,” he added.

The midfielder is on his second stint at the team, having played for the side in 2014 before leaving for Nakuru AllStars and Chemelil Sugar.