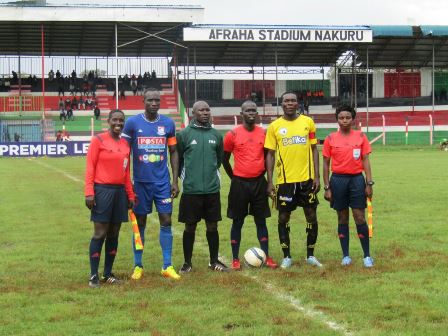 John ‘JB’ Baraza has selected the 18 players who will travel to Afraha stadium in Nakuru county ahead of round 19 of the Kenyan premier league game slated for Sunday 6th August at 2pm. JB has made one change from the team that took on Muhoroni youth on Wednesday at Muhoroni complex. In the squad, winger Timothy Luda has been replaced by captain Hillary Echesa who was out with fatigue.