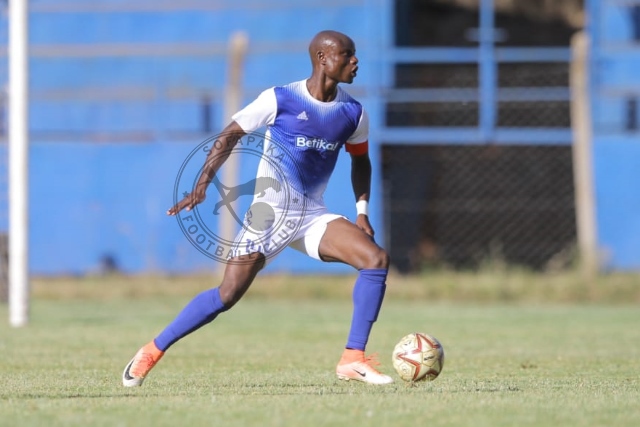 Sofapaka midfielder Dennis Odhiambo says he is working hard to get back to top shape after returning to full training this week having been sidelined for close to a month with a knee sprain. Odhiambo returned to light training last week but has been able to integrate with the rest of the pack for this week’s sessions.

“Yeah it has been tough because the injury came at a time when I had picked up very good momentum. But that is how this football career is sometimes and the secret is to work hard and bounce back stronger,” Odhiambo said.

“I am happy to have returned to training and this is such a huge boost. I am working to get my fitness levels up. This weekend’s match might be too soon but hopefully in the next game I will be back 100pc,” further stated the Kenyan international.

He says his target remains to help the team win the Kenyan Premier League title as well as help the national team do well in the African Cup of Nations (AFCON) next June.

“There is such an important part of the season that awaits and that is my target. We need to win the league for a second time and also challenge for the FKF Shield. Top of all, I would like to play a role for the national team at AFCON. It has always been my dream and I am glad I am working to be part of the team,” Odhiambo further stated.