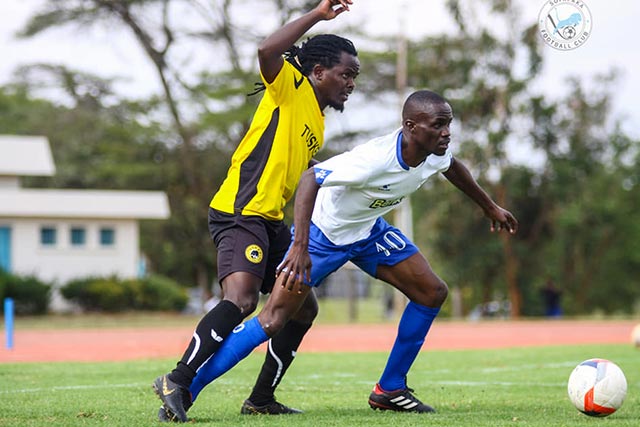 Read on for the full transcript.

Sofapaka went down 2-0 to Tusker FC on Friday 25th February in an FKF Premier League match played at Kasarani Annex.

We generally had a good game against the defending champions in both halves, but we failed to utilize our chances and this cost us the match. They got two half chances and put the game beyond our reach.

On pressure to avert the results..

Definitely there is pressure to win matches. Tusker defeat only adds more pressure on us as a playing unit and as a team. However, we know our abilities and we want to focus ahead to avert poor results. We have to blame ourselves for finding ourselves in such situations because we had numerous chances to win the match but we are hopeful for a positive turn around.

Consistency is key to winning our matches. We haven’t had that since the year began and it has manifested in our results. We hope to get results and maintain them by being consistent in performance.