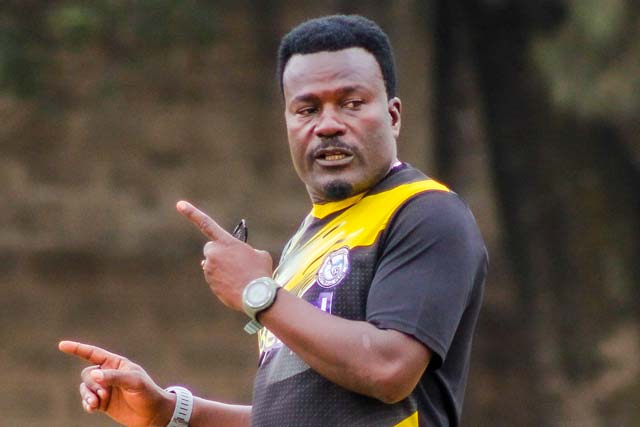 Ahead the clash Saturday afternoon, the boss Ken Odhiambo held his press briefing and this what the coach had to say ;

On KCB defeat
We dropped points in a match I feel we should have collected maximum points from. We were largely the better side until the moments we went off our concentration levels that gifted the bankers the points.

On facing Gor Mahia
We are taking on a side that is currently enjoying a positive start into the season. We understand it will be a tough encounter but nonetheless we are upto task and I belive we shall have a good outing.

On pressure to avert two loses in a row
No not at all despite having started not as per our plans more so missing out on six maximum points in our past two fixtures. We have several games ahead and we are only starting, we work on keeping our focus on each game and we hope for positive results ahead.

The manager concluded his briefing with latest on team news, ” We have everyone in shape and in good condition ahead of tomorrow’s tie. We have no injury concerns neither illness.”