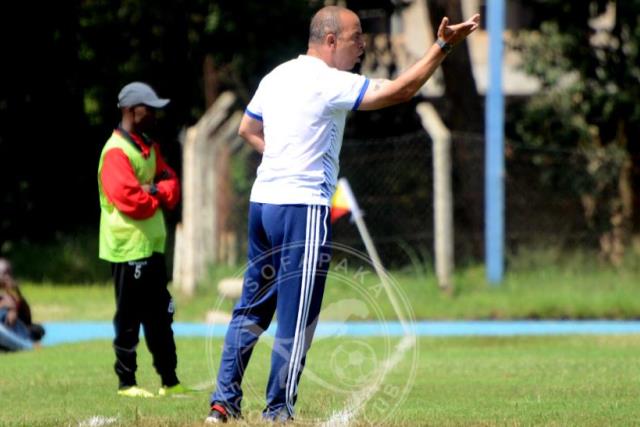 Head coach Melis Medo says despite starting the 2018/2019 season with a win against Mount Kenya United, he was entirely not happy with how the match panned out and has called for improvement in the next game.

Medo was particularly irked with missed chances and has challenged the team to do better in the final third.

“I am not happy with that win and infact I should consider that a draw. I have a lot of reservations about that game because we created so many opportunities but we couldn’t finish. In the first half Avire (John) should have had three on his own, last one in the second half for Sammy (Imbuye)should have been a goal,” the tactician said.

He added; “I’m I happy? Yes and no. Thing is we created, pressed, accelerated, but we just couldn’t capitalize inside box.”

On fielding Cliff Kasuti as a wingback;

“I was happy with how he played. He is a type of player that can move anywhere along the line and he did his work well,”

On what to improve in the next game;

“We need to work a bit on our defense with a few mistakes here and there especially with the decision making. The goal we conceded was as a result of split-second decision making.”