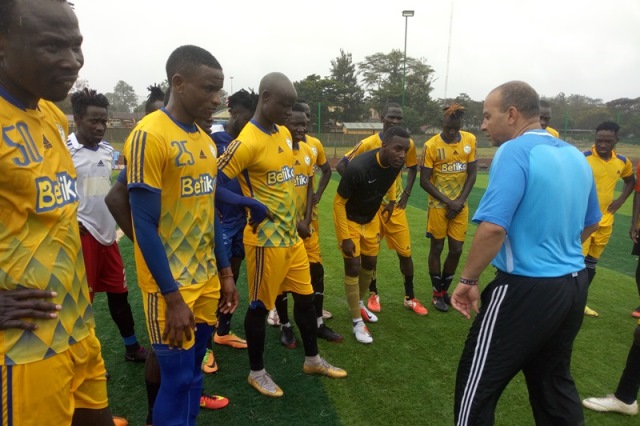 As the new season draws closer, Sofapaka FC head coach Melis Medo says he is impressed with the spirit and work-rate shown by the team in his first week taking charge of training. The tactician says there is still a lot of work to be done to refine the team, but notes the progress achieved so far is huge.

“It is good; so far I like what I have seen in the players and the work ethic they have shown. They are getting into the program… We are just trying to build the team and build the legs and work on the chemistry and know which player should play where and know who is strong in what,” the tactician noted.

He added; “It’s a new culture and we trying to get everyone involved. It’s one team under the same umbrella and I think it’s gonna be okay.”

The tactician says he is happy with the quality of players at his disposal even as he says he still needs at least five more players to complete his jigsaw.

“Players are what you make of them… You shape them, you create what you require. I am looking forward to working more with them and creating a good team,” the tactician further explained.

Meanwhile, Medo says he will approach one game at a time with his eyes focused on short term getting the team in top form by the end of the first leg and seeing where they will get to be at the end of the second leg.

“It is a very tough season, compressed and with a busy schedule. We have to go a step at a time, three points at a time and aim to play good football every game,” he added.