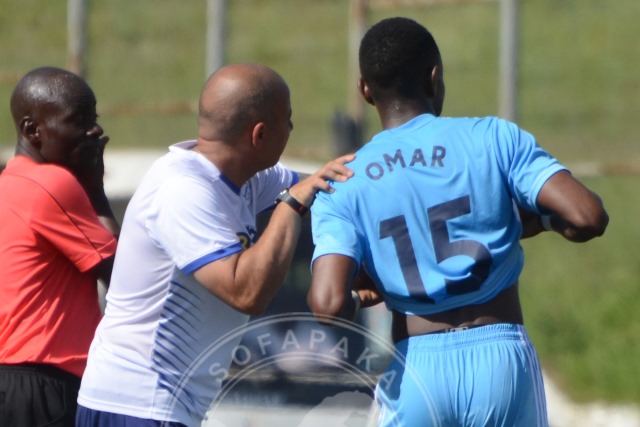 Ahead of the match day five duel against Tusker FC, coach Melis Medo says he expects a tough encounter, noting that he respects the pedigree of the 11-time champions and the form they have started the season with.

Medo however notes that his side will be going for all the three points as he seeks to strengthen the team’s chances of battling for the league title.

“We have a lot of respect for Tusker because they are a good team and they have started the season well. But for us, we will concentrate on improving our own statistics and going there to play our football and get a win,” the tactician said.

“We will keep to our style of play and try to build on some consistency. You might see a few new faces in the team but we have to keep playing the way we set out to play,” he further noted.

On the team’s run of three consecutive draws, the tactician says he is not worried and only says the side has been unlucky in converting chances, something which he has worked on in training and expects to improve.

“I am not worried because it is still early. We have six points from four games but that does not mean that the race is over. We keep on improving and we will get our rhythm going. All the games we have drawn, we had chances to win, but we have worked on that and I know we will come good,” further stated Medo.

He has also given an update on who’s fit and who’s not ahead of the afternoon kick off in Machakos.

On Justin Mico: “He has just started training with the rest of the team on Friday morning and I don’t expect him to be fit for Saturday. We will give him the next week and see how well he has picked up fitness,”

On Humphrey Okoti: “He is yet to return to training and so we still evaluate,”

On the return of Umaru Kasumba; “I gave him some minutes in the Stima game and though he is not 100% fit, he is improving. He is a great guy, a fighter in the air and on the ground and one who can give us a lot of options in attack. I am happy that he has returned.”