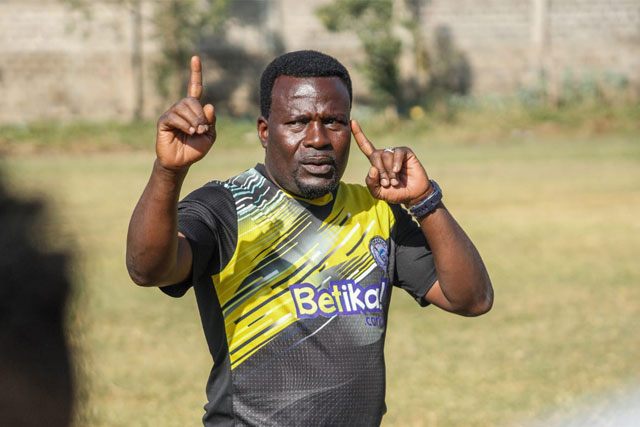 Head coach Ken Odhiambo faced the club’s media after KCB match and here is what the coach had do say.

On general encounter against KCB
It was a tough match, a close end one to be precise both teams were up to task because three points were at stake and bragging rights too.

On Timothy’s disallowed goal
We really feel cheated not to have picked full points yesterday. Timothy Otieno scored a clear open goal but his goal was ruled out for an offside. Otieno’s header would have sealed the three points for us and thus we feel so cheated by the offside call yesterday.

On officiating
I usually don’t like to comment of officiating but yesterday’s one I clearly lack words to describe the turn of events in the match but it wasn’t a good one.

On Juma’s performance
Lawrence Juma is turning to be worth the penny we spent on him. He such a talented and hardworking player,he’s currently our top player and on some fine form. He keeps scoring and assisting and that’s what you need from such a player of his caliber. He’s definitely going to have a grate season.

On Omondi’s huge moment of the game
He Kevin Omondi is a top keeper ,he started the season well but then a long the way and which is normal a deep in form creeped in but he stepped in perfectly yesterday after we lost Aigba Moubarak in the first half . Omondi pulled a huge save of the game saving Abuko’s penalty kick to put us in the game.

On upcoming Posta Rangers fixture
We put behind KCB game and we now shift our focus to Sunday’s match against Posta Rangers, we hope to collect full points on Sunday