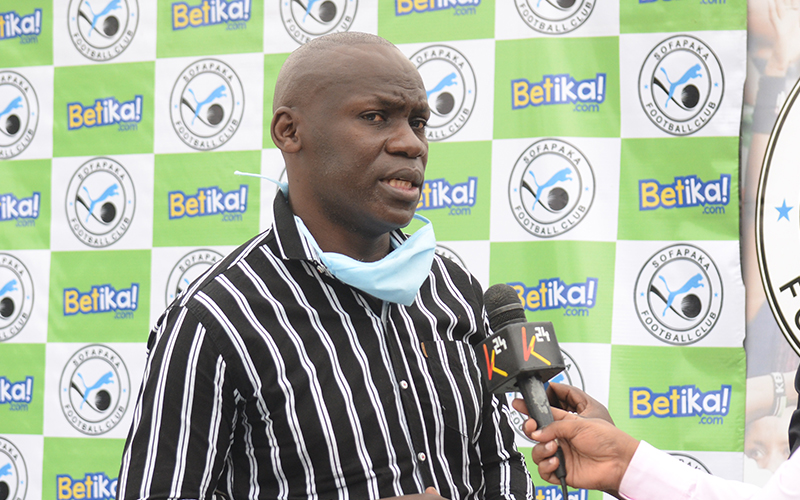 Coach Baraza has expressed delight during his stay at the club and thanked club president Elly Kalekwa for the opportunity.

It’s a hard decision leaving, this has been a family to me for the years have been around. From the bottom of my heart, I would like to honestly thank everyone involved with Sofapaka family, the president, the playing unit, the CEO and the entire staff. They have really been an amazing family, I appreciate the support, the respect, the love that everyone showed me.

On the playing unit;

To the players kindly accord coach Mike the same and much more support so that the team can accomplish it’s season target.

To the club President;

To the club president Mr. Kalekwa I want to sincerely thank you for giving me the opportunity and more so trusting me with the position of head coach at this great club Sofapaka.

It’s so unfortunate that all we had planned haven’t worked out as we had agreed. I leave wising the team the very best now and in the future.